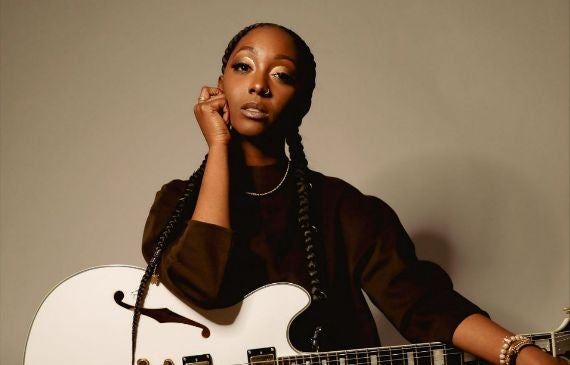 ARSENA (formerly known as Arsena Schroeder) is an independent recording artist with R&B and pop influences. Based out of Charlotte, NC, this multi-talented singer-songwriter is known for her star-quality and heartfelt tunes — think India Arie meets Alicia Keys with introspective lyrical content and music that infuses her multi-instrumentalist capabilities on guitar and piano.

Having released a number of EPs and albums, ARSENA has accomplished much touring as an independent recording artist. This list includes but is not limited to headlining international shows, an endorsement with Breedlove Guitars, and winning over hearts with a standing ovation from Michael Jordan at The Time Warner Cable (now known as Spectrum) Arena. Originally from Pittsburgh, PA, ARSENA has impressed her way into the hearts of national and now international scenes.

The Next Gig Europe says, "ARSENA is one of those artists who progresses step by step. For several years now she has regularly released excellent records and singles. What is constant is the beautiful voice of this soul / pop singer and the uncompromising songs.” She’s scheduled to release her most recent work, “Metamorphosis: The Evolution of Arsena” fall of 2022. As her third full-length album, ARSENA says the songs are a celebration of womanhood, growth, and her impending, yet well-embraced divorce. With break up anthems like, “With or Without You”, ARSENA says writing this project meant shedding a former and less authentic version of herself that’s evident in songs like “I Don’t Know My Name Anymore”, “Gotta Be More Than This”, and “Do You”. With a more confident identity emerging, ARSENA says her new music is no longer an attempt to attract industry or executive attention, she’s found her own lane and she invites her grassroots audience to meet her there.