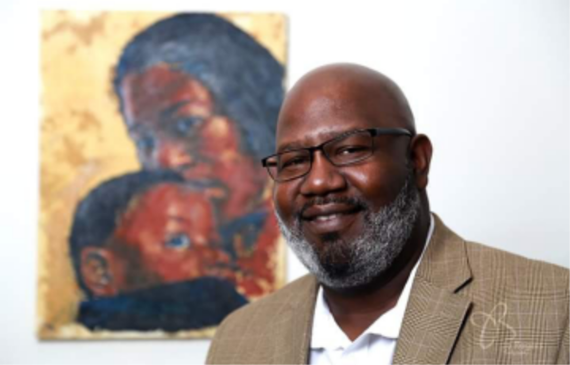 Born in the 60's, Kevin Harris spent most of his childhood in his birthplace, Washington, DC, where he was raised by his father and his summers in Harlem with his mother. Such a diversity of cultures goes a long way in explaining who he has become as an artist. Kevin’s art is an amalgamation of styles across artistic genres. Kevin has consistently pushed himself artistically to learn something new with each piece of art he creates. Kevin is an oil paint, acrylic and pastel artist specializing in the creation of art that moves people. Be it via portraiture, figurative, abstract, land or seascapes, Mr. Harris looks to life and translates his perception to the viewer. Considered an impressionist, his style is a free-flowing collaboration of color and texture - intended to inspire a sense of fullness. Kevin currently has paintings consigned to multiple galleries in Charlotte, NC. He also has a painting in the permanent collection of Cabarras County Courthouse, and has displayed his work at numerous events throughout the east coast in cities like Charlotte, Atlanta, Baltimore, and Washington. Kevin’s work has also been featured in Art & Beyond Magazine. Additionally, he has self-published numerous books of his pastel portraiture and oil paintings. The artist currently resides in Charlotte, NC with his wife.