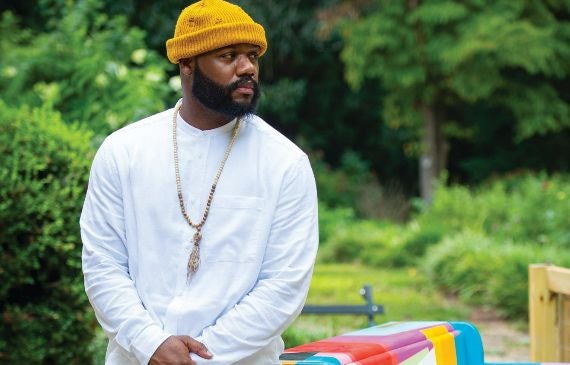 Born in New York City and raised in South Carolina, Forbes featured artist Frankie Zombie has a focus of Contemporary Abstract Art forms, tapping into the heart of interior design, thought-provoking murals, automotive design, fashionable apparel, philanthropy, civil rights and much more. Leading him to be able to create for some of the world's beloved celebrities such as Pharrell Williams, Miley Cyrus, Celine Dion, as well as networks like TNT, HBO, BET, and the NBA. While on a mission to spread his voice creatively in his community, Frankie’s messages and morals began to be heavily welcomed by his city leading him to acknowledgements such as “40 Under 40” Awards and Business Entrepreneurship. He participated in a creative Civil Rights Movement and helped create Charlotte’s “Black Lives Matter” Mural and later organizing his own 16-artist “Black Lives Matter” Mural in his hometown in SC. As Frankie’s Art continues to travel to new heights from America to Ibiza, Italy, Canada and many other places in the world, his message will always shout that of happiness, persistence, and change as it will forever start within.