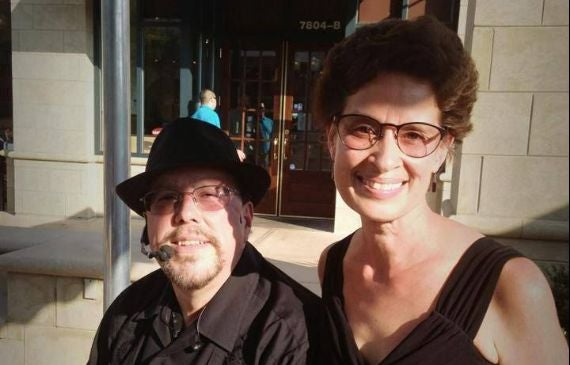 Tommy’s performance history in Charlotte includes First Night Charlotte, UNC International Festival, The Mint Museum, Charlotte Convention Center, etc. to name a few. He is the flutist for Upscale, a musical jazz group in Charlotte that performed with the national recording artists Ashford and Simpson, Peabo Bryson, and legendary poet Maya Angelou. He has played traditional Latin music with groups like Los Trabucos and Borinquen Sublime.

Nancy’s ability to sing in both English and Spanish brings a unique experience to the audiences she entertains. The Spanish ballads and classics have touched many a heartstring. She has been singing as a second soprano with several choruses in the area over the last 20 years. The North Mecklenburg Community Chorus, Central Piedmont Community Chorus,  and Community Singers of Lake Norman. With these choruses, Nancy has performed at Christmas Concerts for many area churches, and in the Spring performed in community shows, which include skits and choreographed dancing. Nancy has sung with four, and five, part ensembles and performed many solos in various eclectic styles over the years. She has been a guest vocalist for multiple venue performances as well.,

Together Tommy and Nancy have performed for Stonecrest Shopping center’s summer series for over 20 years.  We have also performed for ImaginON (through International House), Novant Health, Concert Series at Romare Beardon Park, Cancer Society, American Heart Association, Autism Society, Rotary Club, Sensoria at CPCC, Anne Springs Close summer series, Camp North End, Noda, and other venues.  We also have had the opportunity to perform at and various restaurants, weddings, anniversaries, (even funerals), as well as Adult Living Facilities all around town.